The Enlightenment Influence on the American Revolution

The Enlightenment was the key to the many philosophies of the American Revolution. This movement streamed its focus mostly on equality, religious tolerance, freedom of speech, and freedom of press. The American Revolution happened when America tried to gain its independence from Great Britain-England. Philosophers were the greatest influencers of the social movement as discussed in this essay. The core inspirations for American Colonies to become independent was the Enlightenment idea.

Montesquieu is one of the authors who firmly believed that everything was made up of rules and laws that never changed. In his book, The Spirit of the Laws, he wrote about how separation of power is crucial in balancing the control of the government. England demonstrated the separation of powers clearly in its three branches, legislative, executive, and judicial. They separated these three branches to make sure that no one had any absolute power. Therefore, citizens of England could have a say in the government actions, hence giving citizens much more control of power and freedom in the government. The Spirit of the Laws book was translated into English, so that American Colonists could read and understand it’s Enlightenment ideals, such as a balance of power that provided greater freedom and liberty to citizens. American Colonists wanted to have liberty and also strongly believed they can’t be controlled by England (Fisk).

The most influential philosophers during the time period of the Enlightenment was Jean-Jacques Rousseau. Rousseau published The Social Contract book in 1762, which became one of the most powerful works of intellectual political thought. It focuses on how a government could exist and protect its society and all citizens. Rousseau also emphasized in his book that Man was/is born free; and everywhere he is in chains. He was a great influence to the entire America and these ideas were important for the American Revolution.

In the history of the world, John Locke was believed to be one of the most essential and influential philosophers. He was a dedicated writer of political thought and philosophy. the American Revolution founding fathers strongly believed in his ideals. John Locke said “The power of any king or government is derived from people who contract to obey their rules in exchange of law and security. Individuals have a natural right to hold property and this can never be taken from them without their own consent. If a ruler infringes the terms of the contract that empowers him or seizes property without consent, the people can resist and depose him” (John Locke). American colonists wanted to have all these but control of England hindered them. This made American colonists want their independence from England.

Thomas Hobbes is another great philosopher who is well known of his political thought and his vision of the world. He was concerned on how people can live together with peace and think of no conflict (Williams). He strongly opposes free will determinism which is freedom of one to do whatever he or she desires (Oregon State). Individuals obeying leaders in power is what he believed in, rather than a state of nature (Williams). He said, “Individuals in a state of nature, that is, a state without a civil government,”. Establishing social contract is the only way out of this desperate state, and have the state in peace and order (Oregon State). The American Colonists supported Hobbe’s ideas to defend the passage of the U.S constitution.

Thomas Jefferson wrote the Declaration of Independence after America won war from Britain. The Declaration of Independence stated that America had gained their independence by winning the revolution from Great Britain. Therefore, they had total freedom to become their own nation. This evidently shows that the Enlightenment ideals had a great influence on America. The main influences for American Colonies to become their own nation were the Enlightenment ideals. Ideas and thoughts of life that were highlighted by Hobbes, Montesquieu and Locke were a big impact. Rousseau influenced the social contract, Hobbes mainly influenced individuals obeying those in power, Locke mainly influenced natural rights, and Montesquieu mainly influenced the separation of powers. Philosophers and Enlightenment ideas in the United States of America were the core inspirations for American Colonies to become their own nation.

In what ways did the enlightenment lead to the American revolution?

The enlightenment didn’t wholly contribute to the American revolution however it did lead to some extent.

To summarize the enlightenment, it emphasizes on the notions of social contract (belief that the government only exists to serve the right of the citizens). The Americans believed that the government of Britain did not have their interests. They used America for ‘unfair’ taxes and trading affairs, due to this, Great Britain government no longer served the American people interests so this led to rebellion.

The enlightenment also focuses on the agreement of the people governed and the separation of powers.

The separation of powers was to ensure no one had absolute power. This being the key idea behind the state of America it led to revolt as people wanted to have a fair government where they all had a say not like the British government where it was legislature and the king. This did influence the government that was to be formed in America after gaining independence.

All stuffs related to tax issues were quite drivel – the United States were less taxed than the British and Irish and had more freedom in matter of practicality: majority had their own constitutions, etc. Many were afraid that these factors might change but the driver was the hope of a better government and, with it, there would be a better life.

The United States was built on idealism. It encouraged the French Revolution years after, to go much further then it might otherwise have done in imitation of the US.

Founders created a better society, with the black spot of slavery that need much war to rectify later. These ideas are now blinding most Americans to the peril their nation is now in with its clown-like president and incapability to address increasingly grim problems of mass imprisonment, shooters, drugs, and the huge parasite of the military.

Many didn’t realize that majority of those within the Enlightenment were Christians. The Church was the step child and under the control of government and European monarchs throughout Europe. The main issue was the strong desire to have the Church removed from the government  controls so that there would be freedom to worship.

Thomas Jefferson is referring to how King George III will not attend to the colonists’ rights.

Thomas Jefferson is referring to how King George III will not attend to the colonists’ rights.

Thomas Jefferson is referring to the Coercive Acts, which dissolved the Massachusetts legislature.

Thomas Jefferson is referring to King George III’s anti-immigration policies towards Spanish, Germans, and Dutch, who remain loyal to their native countries.

Thomas Jefferson is referring to the fact that there is no fair trial by jury.

Thomas Jefferson is referring to the creation of positions, including soldiers and tax collectors, which result in the colonists needing to provide for them.

How did the Enlightenment influence the American Revolution?

Was the American Revolution a result of the Enlightenment?

How is the American Revolution a child of enlightenment?

How did the enlightment influence a revolution?

The American revolution was the child of enlightenment. How?

How did the ideas of the Enlightenment influence the American Revolution, and the formation of the American government?

Want to join the discussion?
Feel free to contribute! 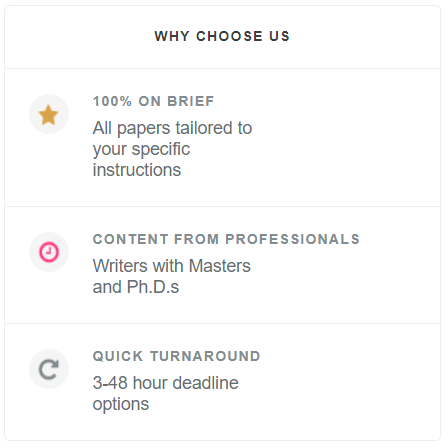 They say that the roots of education are bitter, but the fruit is sweet. But why would you chew on roots anyway? 🙂
We have got you covered! Let US do YOUR work, and you keep the glory!